I went in on March 2 to file my taxes. The Keeper of Books were not filed till the end of October.

I was never told by the Keeper of Books until I received penalty letters by both the IRS and State.

I was told they would be filed on time by the owner.

He filed an extension to September 16th but still didn’t file until October 30.

It was a real nightmare to get through to him.

His voice mailbox was constantly full and I also had difficulty getting response by email.

He never said that he messed up nor did he ever apologize.

The penalties mounted up to over $1000. He said he would not pay.

1 Review on The Keeper of Books 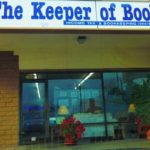