I was the tenant currently residing in a one bedroom in Dorchester that the Galvin Group was selling.

The whole process started off very dicey, as my landlord never confirmed with me that he was working with the Galvin Group.

I just started getting random texts from them about showing my apartment.

It was around Christmas time when they started to ramp up their showings.

For the week of Christmas and the weekend of New Years, they were relentless about showing my place.

I understand business is business, but you’d think they might lay off during the week of Christmas, especially since I was living there.

But what I am truly upset about is when my identity got stolen.

My place was shown on February 19th – 4 days later a fraudulent credit card account was opened in my name.

I didn’t find out until about a month later when I received the bill. After filing a police report, I called Craig to express my concerns.

He made it into a joke asking “did they buy anything good at least?” My identity just got stolen (possibly from a stranger that came into my apartment) and this is a joke to you? He then proceeded to let me know he was always available in case I needed a realtor in the future.

I was not calling him to joke around, nor was I calling to do business.

I am truly disappointed in their level of professionalism and their lack of regard for tenants.

To be honest, I am not too surprised in how this all went down considering my former landlord, Mike had absolutely no respect for his tenants nor his fellow condo-owners – and like attracts like….

Write a review or complaint on The Galvin Group Cancel reply

3 Reviews on The Galvin Group 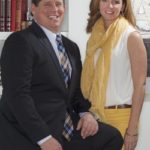