I have never had any dealings with Telhio Credit Union. Apparently, a relative of mine did finance a car with them.

She is behind on her payments, and they contacted me even though I had nothing to do with the matter.

I explained to them I had no information on my relative or where she even lived. One of their employees in the collection dept named Walter keeps harassing me.

He even called my landlord & lied to them by saying this relative was living with me, and we were on drugs.

He also stated he spoke to my neighbor, and they confirmed this relative lived with me.

The neighbor he stated he spoke to hasn’t lived in the house next to me in 3 yrs, so he had to go through their mailbox to even get her name as to it is her parent’s house.

All I can say is he dragged my name through the dirt and told outrageous lies on me.

As I stated before, I have nothing to do with this business transaction but be related to someone who owes them money.

I absolutely recommend no one does business with this company if this is how they work.

I am placing a formal complaint against the business and Walter. 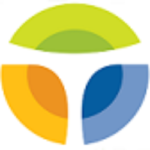