There are no words… no words for how livid I have been at this entire process.

We contacted Fritz in early March to do our taxes, this is the first year we haven’t used turbo tax.

We met with him, gave him all of our documents, and were told it would probably take him about an hour ($175 or so).

A few days later he asks if we mind if he files an extension because he’s so busy he probably can’t get to it until after April 15th.

You’re the professional.  To make things weirder he sends us an allegedly totally accurate pre-submission document with the amount we owe the IRS.

He tells us we need to pay this amount and he’ll file later.  This also seems weird.

If you’ve gone through all the effort to get some official documents with a “final amount owed”, why don’t you just file the taxes?  Whatever, we pay.  We wait.

Around May 1 we haven’t heard anything.  I email Fritz to see the status.

Everything is fine, haven’t gotten around to it, we have until October to file.  No worries.

Skip to end of May.  He emails my husband (despite the fact I have been the one communicating this whole time) and tells him he LOST all of our info and documents and that was the REAL delay.  But oh it’s totally cool, he found them and re-did the return.

Except he had no idea what he did the first time, and somehow we now owe another $400.  But he’s not sure why.

Even though the first quote was “accurate”.  Just pay it.  We email, we call, trying to get an explanation as to what was wrong.

Can we get a breakdown?  Can you explain what this document is?  We get 1 word responses that don’t clarify a damn thing.

I’m so mad I can’t even talk to the guy anymore and make my husband do it before I lose my mind.  He fares no better than I do, but he’s less prone to outbursts of rage.

Eventually we give up and pay the additional $400 and send him our signatures to file.

We get a bill for $350.  With no explanation, no breakdown. No “I had to spend an extra hour or two working on this because…”  Just pay me $350 after I MADE YOUR TAX LIFE HELL FOR THREE MONTHS AND NEVER PROVIDED ONE SOLID ANSWER YOU ASKED FOR.

I wouldn’t even refer Fritz to my worst enemy.  I will never use an accountant as long as I live.  Disaster.

Is TaxHelp legit?
TaxHelp is not a legit business owner or provider. They are not aggressive towards their customer satisfaction and complaint grievance, and hence 1 consumer(s) was/were given a TaxHelp as a negative rating, and only a few left positive feedbacks.
Where is TaxHelp located?
TaxHelp is headquarted at 7205 Meadowood Dr Austin, TX 78723. We do not have any affiliation with the better business bureau or yelp reviews platform. You can contact TaxHelp by dialing (512) 231-0252 or visit their website taxhelp.net.
How much monetary loss is incurred by TaxHelp’s customers?
According to the reviews posted by TaxHelp’s customers, US $3277 was the total loss incurred, and hence the severity of the scam is high.

Write a review or complaint on TaxHelp Cancel reply 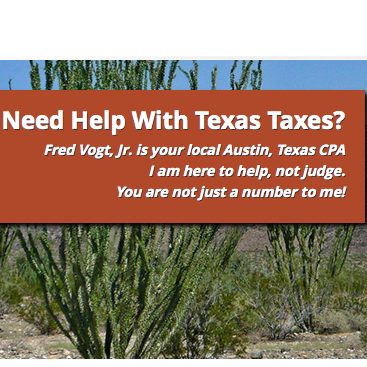