Worst experience ever. Spoke to this “accountant” by the name of Kevin and I thought I was going to receive some attention towards helping me out on my taxes for my business.

We spoke about how much the cost would be on a Thursday, he advised to consolidate in Quickbooks so I immediately did this the following day.

He didnt access my books until Saturday saying something was wrong but was never specific as if he didnt know how to use quickbooks.

Fixed my issue then emailed him back on Monday and called, the man wasnt in the office on Monday.

Come about Tuesday I finally reach him and Mr Kevin says he will attend to me after he works with other customers…..its 11PM Tuesday and the man never did anything nor emailed me nor called me.

EXTREME UNPROFFESIONALISM. They will leave you in the dark….at least Kevin will.

Hired Someone else whos more attentive.

Is Tax Station legit?
Tax Station is not a legit business owner or provider. They are not aggressive towards their customer satisfaction and complaint grievance, and hence 3 consumer(s) was/were given a Tax Station as a negative rating, and only a few left positive feedbacks.
Where is Tax Station located?
Tax Station is headquarted at 521 W North Ave Chicago, IL 60610. We do not have any affiliation with the better business bureau or yelp reviews platform. You can contact Tax Station by dialing (312) 337-8291 or visit their website viptaxstation.com.
How much monetary loss is incurred by Tax Station’s customers?
According to the reviews posted by Tax Station’s customers, US $3369 was the total loss incurred, and hence the severity of the scam is medium.

Write a review or complaint on Tax Station Cancel reply 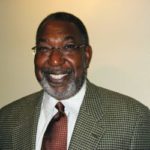