If I could rate Superior Mortgage Lending with no stars I would. I’m shocked that Superior Lending has any reviews with more than one star. Don’t let the 5 star reviews fool you.

I made that mistake in April when I looked up rating and thought this was the company to go to with my situation.

I met with Alexandra Lee she spent almost 4 months misinforming me and my husband.

When she wasn’t misinforming us she was ignoring our phone calls, texts and emails.

I wasted my time with Alexandra and now face losing our family home because we were believing what she said.

Beware she loves to turn stuff she originally told you around too.

She filters her phone calls through her son and ignores the ones she doesn’t want to speak to.

She promises phone calls back never gets back to you.

We even had to make an appointment to see her because she was ignoring us.

She reassured us then she’d be in contact and again ignored us from that point.

I requested a manager from Superior to contact me back and that was ignored too.

I could go on and on in regards to the lies and misinformation provided by Alexandra but I’m over wasting my energy on this worthless company. 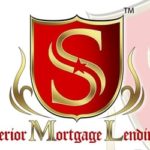