Back in August I wanted to refinance, and after shopping around I decided to choose Bob Stafford because of his competitive terms, even though he had contrasting reviews.

The experience back then was pretty good, he was responsive and he honored the terms offered, even though we closed much later than expected, since the initial borrower decided not to lend any more in Texas (his explanation)? We were not in rush to close, so no problem.

Life can be unpredictable, so at the beginning of the year we decided to sell our house and purchase a new one.

Once again I shopped around, and once again I ended with Bob because he offered the best terms.

This time it was a DISASTER! We needed a fast close (applied at the end of April, needed to close at the end of May), and Bob ensured his lender was fast and he did not see an issue.

I also disclosed that my wife was transitioning between jobs, and that she would start the new one after closing; Bob stated he spoke to the lender and that would not have been a problem.

The application went smoothly until the Closure Disclosure (CD) should have been prepared…and issues weren’t even brought to my attention from Bob, I learned about it from my realtor.

When I called Bob for explanations on the delay and what we could do to get things moving he promptly blamed the title company, that in his opinion was not smart enough to provide the lender electronically with the information needed to prepare the CD…I saw the correspondence among the lender, Bob and the title company, I have evidence that also the lender and Bob did not do things right…

The delay with the CD caused us to close on a Monday instead of the previous Friday, so I had to pay hotel stay over the weekend, pay the movers for overnight storage, and missed wage for the extra day I had to take off at work on closing day.

Another example of how disorganized things had been is that the day of closing we signed documents at the title company at 10AM, and the lender finally decided to fund only in the afternoon because….well, I’m not sure why, it seems that the lender was trying to verify my wife’s employment the day of closing (according to Bob), even though we had been approved the week before!?!

And in the meantime my wife and I were waiting outside the new house because the builder would refuse (rightly) to give the house keys until they got the funds…and I also had the movers waiting for us to open the house….

I gave Bob the possibility to do this right, but after I submitted him the list of expenses incurred because of the delay one more time he decided to blame somebody else, this time it was me…he stated that no lender would have approved us considering my wife was transitioning jobs, and he also said I did not provide him with an accurate timeline.

One more time I proved him wrong, I told him step by step when and how I disclosed everything properly.

Of course Bob Stafford can erase my name from the list of his client. I would NOT recommend Stafford Financial to anybody.

Write a review or complaint on Stafford Financial Cancel reply 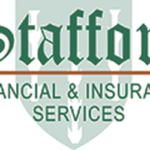