Had a horrible experience at Speedy Loan.

Also I made a complaint with Western Union for the kind of service they give at Speedy Loan.

There’s two girls there that are super racist and they discriminate people.

I hope they close this place down or at least change the personal.

I will not be returning to Speedy Loan ever.

Is Speedy Loan legit?
Speedy Loan is not a legit business owner or provider. They are not aggressive towards their customer satisfaction and complaint grievance, and hence 2 consumer(s) was/were given a Speedy Loan as a negative rating, and only a few left positive feedbacks.
Where is Speedy Loan located?
Speedy Loan is headquarted at 3256 S 27th St Milwaukee, WI 53215. We do not have any affiliation with the better business bureau or yelp reviews platform. You can contact Speedy Loan by dialing (414) 385-3400 or visit their website N/A.
How much monetary loss is incurred by Speedy Loan’s customers?
According to the reviews posted by Speedy Loan’s customers, US $3200 was the total loss incurred, and hence the severity of the scam is high.

Write a review or complaint on Speedy Loan Cancel reply 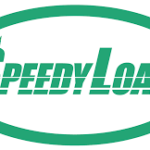