When Southern Trust Mortgage sold our loan to Penny Mac last November, our property taxes (which we had paid in full at closing) were not paid to our local county tax collector.

Therefore, we got a bill in January with a penalty. Penny Mac, working with Southern Trust, paid the taxes (plus penalty) out of our escrow.

Southern Trust took responsibility for the fiasco (even though Penny Mac should have noticed, too), and agree to refund the penalty amount paid by Penny Mac out of our escrow in February.

I just learned that it took Southern Trust THREE MONTHS to send the penalty refund to Penny Mac, and Penny Mac then had no idea what the money was for and put it in “suspense” in my account.

It was just applied against my principal in July, which was 10 months after we put the money in escrow to pay the property taxes.

I will never, ever use Southern Trust again, and highly recommend that you do not, too, unless you don’t want them to pay your property taxes on time or process a refund in a decent amount of time after they mess it all up.

I also hope to refinance away from Penny Mac as soon as possible. 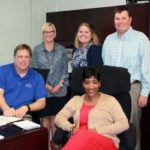