Our little nightmare we went through: My sister found Seacoast Realty Group through Facebook Targeting Ads and even though I told her before to use the agent we bought it from 7 years ago, since we more than doubled our property in IB and she knew the market years ago and told us to buy there.

BIG MISTAKE, she told me she picked Seacoast while I was out of town with the agent Rodrigo Ruiz, who was still fairly new at Real Estate as I saw him taking photos of our property with his smartphone which seemed very questionable, even worse, his description at their website, stating that”What he lacks in experience, he makes it up in motivation” sort of selling spiel baloney.

Things get worse; we already had an offer in less than a week and a half during late September for the full price of $285,000 which seemed too fast even though Imperial Beach is still a hot market.

We were told move out of the property by November 3rd, and guess what? The sale did not go through!

My sister and mom with a her pets moved up to LA already and I already moved temporarily at my Dad’s place.

My sister called me, depressed at the whole ordeal, and I told her to calm down and we’ll sort this out.

The agent Rodrigo said that the HOA was under litigation, so I called Jim our property manager and he said that it was not true at all.

Everything in our HOA is good to.go. It turns out that the agent, along with another agent named James was just rushing them to get the place sold.

Heck, we don’t even know if they had the 4% to put a downpayment with.

I felt really bad for the buyers because they were going to move on the 3rd.

So, I had to move back to IB to maintain the property as we have to get it back in the market.

The guys at Seacoast had the nerve to ask me for the key the condo for the next day for an Open House. Wow…

So, we called my Agent Rania Azazzi from Coldwell Banker who sold us the property back in 2010.

It was tougher to sell since it was the holidays and my sister and I had to hold on paying a few extra months of the mortgage, HOA and electricity.

Finally, it sold 2 weeks ago, and it is over. We did not get the full price like before, but still we are grateful for it could have been worse.

Rania helped us out, a tested Real Estate Professional and if we would have picked her months ago, we could have received the full price.

Still, my family and I are glad it is over. We do not want this to happen to anyone.

The lesson is: Please research an agent or the company before signing anything with them. Good luck! 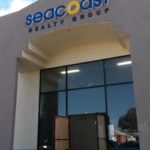