It was ok service at first but, I soon realized my insurance didnt cover health but only in emergencies? then when when I needed to update insurance because we got married, we herd Nov, 15th, then it was Dec 15th, then I had to contact him afterwords because we didn’t hear from Scott Tucker Solutions.

He updated our insurance and sent us some emails with what to do. It was a little unclear and I was confused on things.

I tried contacting him later after I was to cancel with another company, yet for two weeks couldn’t get a hold of them and was getting charged double.

When I spoke to him he got really rude on the phone as if I was an idiot who couldn’t follow instructions.

But there was flaws in his policy he set up and instead of talking to us about it, he bullied me about how he was in the military and his email rules were simple.

After that, we will not work with him again and have figured out our own insurance. 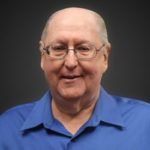