I hired this person on Fiverr in march 2021. After our short conversation about improving my website, he told me to contact him over skype.

After a few days, he was absent from our meeting, that I requested him to report to me every day at 11:00 is so I could follow up with his work.

I paid him for the total package of $150 to improve my Shopify store. When he showed up for the meeting, I asked him why he did not appear at our forum.

He told me I had to take care of his mom, who was hospitalized and waiting for surgery which had to be postponed due to lack of money. He told me that the surgery cost $1000, but he had only $500.

I felt sorry for him, and I agreed to pay another $360 in advance for his service. After that, he disappeared for a few weeks and came back to tell me that he was sick with cancer and showed me the picture of himself in a bed.

I felt sorry for him, so I let him off for three months. But he did not come back until AUgust and sent me emails to ask for him to come back, and I asked him to finish his jog.

He told me that my website needed a new look, so I agreed to let him buy a new theme from Shopify with a discount, so I agreed and sent him another $120 for a new theme. He never sent me any receipt for this purchase.

I told him I changed the store’s name and needed a new logo, so he said he knew someone could do the job for $50, so I agreed. The thing that bothered me was that the person he recommended had so many emails that I wondered why but never suspected because I trusted him.

He even himself had so many emails that I had problems adding him to my Shopify account to work as my staff. He also had a problem with my FB account.

I tried much time asking him why and he told me FB restricted him from working on ads. By then, I began to suspect him because another scam artist tricked me, Brian Ashley, who FB banned for what he had done, which I did not know. After all, he never told me why.

I will also report that person later after I finish with this Scott Jamie. After taking the money for the logo,  he sent me a messed-up logo, and  I told him I could not accept this and it had to be redone. He disappeared again.

I kept sending messages and asked him what he had done with my store because it looked unchanged from day one, except he replaced the website with the new theme and unfinished pages and other stuff. I could not wait for him to work, so I went ahead and hired someone else to work and asked him to refund my money for his unfinished work and receipt of the theme purchase along with the refund of money for logo design.

I tried to contact him, then he reappeared and asked me for him a chance to explain. I told him I was tired of his game and wanted my money back, but he kept silent, and  I had not heard from him since then. I don’t know where to turn. Can I report this person to Better Bureau Business or fraud complaint????

Write a review or complaint on Scott Jamie Cancel reply 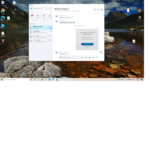