Be careful of and don’t hire this bearded hairy burly smelly Jew, as he will 100% betray and fuck you over in your time of need and dependence, as his people are apt to do, for the last 2000 years.

When this smug human shit stain Samson Freundlich is not out raping young immigrant brown girls that he meets on skeezy dating websites, he is actively plotting to steal your money and evade the Model Rules of Professional Lawyer Ethics as he routinely:

(1) unethically and illegally takes money from law firms, without being employed by them, for highly sensitive legal work;

(2) does not establish a proper attorney-client relationship so he routinely fucks over both your clients as well as your law firm;

(3) the night before trial/hearing he will email/text you some bullshit while he is drunk or high about “how he can’t make it,” but instead gas-lights you, to make you think that it’s your fault, while he extorts and shakes you down for 10 times the money that you contracted with him for;

(4) which brings us to point 4 in that he never honors his own website advertised payment rates for his hearings;

(7) sucks as a lawyer as he went to Touro Law School, which is literally so low on the totem pole of law schools that it is not even ranked in the bottom tier – and since Jews routinely get into top schools not for their brains but for their connections/bribery/money, just imagine how fucking stupid he is;

(8) on a daily basis, because of his entire business model, he routinely and constantly violates the entire Model Rules on Professional Ethics, and he will either be disbarred, or thrown into prison, soon.

Write a review or complaint on Samson Freundlich Cancel reply 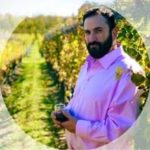