Not impressed at all. Very poor communication during entire process with Stonecastle.

Not sure if things are winding down after his 30 years, but I would not refer this person to anyone looking for someone reputable to handle ANY loan.

At this very moment we were supposed to be closing on our home.

When we went to sign documents with Title company is the only way we found out that the interest rate was fixed from 7 years rather than 10 years.

WOW, can you imagine realizing that your contract was changed at signing?

So when we called him, he didn’t apologize, he said “I told you about it” LIAR, LIAR, LIAR!

Now keep in mind we sold our home, and closing was supposed to be simultaneous.

Never happened, we did however move out as we didn’t want to screw the new homeowners as they had a professional mortage company handling their business.

So as we sit in a HOTEL room, belongings in storage and waiting for our home to close, we can only wish that we had been with ANYONE else.

The worst part is that he came recommended. At this point we understand that things don’t always happen as we wish.

PLEASE MAKE IT CLEAR…… But you figure when you spend $850,000 for a home that communcation is constant and that you are updated when there are issues.

At this point we wait, Roy still hasn’t called and has not offered an apology.

After this process is concluded, I will update this with any apologies and or any concessions which he may make make to show that he is truly concerned about his clients or more about his commission?

Write a review or complaint on Roy Elahi – Preferred Mo... 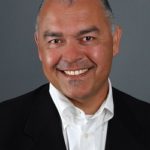