It was my worst experience. I have worked for so many companies and thought that they pay less until I joined RJandMakay. They know the real meaning of fraud and should be banned from luring the candidates of bright future.

They promise stars when they interview and didn’t even bother to give you the floor to stay. I joined there as I wanted to get to the next step in my career. But, little did I knew that the change will bring me back to the scratch.

Most part of their salary is through bonus and they say that it is easily achievable. They are great at convincing that. They did to me and later I realized that they make sure you do not complete it. While joining, they offered me a contract which said that for each FA that I would schedule, they would pay me $150. As they are recruitment company, they asked me to call FAs from various states and I did so.

I knew I was doing my best but they kept harassing me for not reaching the target which they only knew if I was. They never let me keep track of all the FAs that I scheduled. While working in the company I came to know that they pretend your bad performance and terminate your contract.

In the beginning, I thought I lacked the expertise. However, later I got to know their methods of working. They kept on saying that the person did not show up for the appointment. It cannot be a coincidence that all the FAs that I scheduled can go unattended. Not even one. I think RJandMakay do not know how to cheat people. Or maybe for saving all, they make it obvious.

I even scheduled future tentative appointments while I was in contract with them. Still, I never received any money as the contract was terminated. This is so unprofessional.

I was happy with the management of my old company and I left it for better opportunity and all I got here was fraud and scam. RJandMakay is all about lies and I wish I had researched before joining this company. There is scam listed on their name all over the internet.

They will lure you into leaving your company if you already working and leave you with no option to turn around. Till the time, you realize the trap you are into and would try to get out, they will earn their share of profit. So, you will regret of joining this company sooner or later.

Stay away from these monsters. They are blood sucker in suits. RJandMakay is beyond scam and should not be unleased or they will continue playing with the careers.

Write a review or complaint on RJ & Makay Cancel reply 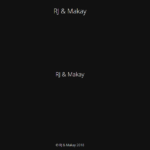