Rising Point Solutions have NO customer service or business ethics. The representative for San Antonio, gives you hope and tells you me that my case is not bad and things will be removed within 3-4 months and that my credit score will go up tremendously once removed.

The sales manager in Grapevine she ignores your emails, and telephone calls.

I was leaving messages for her and the sales rep. since March neither one of them responded.

Once I was able to communicate with the sales rep he could not answer any questions on why there was no progress on my account, nothing was done and it was going on five months He said he would call back with information and never did.

Now that my contract is over, the sales manager writes a exit email, not a telephone conference like I was told she was going to do and says that I have to call the creditors and see if they will remove these item and that even if they are removed my score won’t go up very much.

Very contradicting information from what the sales rep sold me.

To make matter’s worse, not only did my scores go up only four points one bureau they also went down 11 points on the other two.

If they would of answered my emails and telephone calls and just let me know that they could not do nothing for me I would of cancelled them instead of continue giving them money every month for doing Nothing.

The only reason why I went to them, a mortgage broker in San Antonio, recommended these people.

Read and trust the reviews your read.

Write a review or complaint on Rising Point Solutions 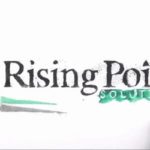