Richard Harry Morgan introduces himself as a very romantic widowed man living in London, UK, God fearing looking for a woman who take care of him and his little daughter after he lost his wife.  He says he works for a Company called Balmoral in London, UK.  He takes all time he needs to charm and make woman to fall in love with him with so smart writings, then, he asks an address to supposedly send expensive gifts like jewerly’s sets, an engagement ring, and iphone and his Mom’s gift for his REAL LOVE (everything of these make he calls now “wife” to the woman) by a parcel called Diamond E. Courier, which is directed in Mexico by Kelly Anderson who is so rude and uses to threats with court that woman who doesn’t pay all taxes for the package sent by Richard Harry Morgan.  These payments begin with a few amount and then they grow.

In Mexico, they have partners in crime, maybe only with an account bank to make deposits or maybe working inside the banks, their names are Fernando Alberto León González, Delfino Corona Arana, Yajaira Azucena de la Torre Muñoz, Alicia Monserrat Guerrero Sosa with accounts bank in Banorte and BBVA.

When they don’t get payments from the target, Richard Harry Morgan fakes an accident to disappear from all problem making the woman assume all made by him with parcel and with payments, then he becomes in Dr. Douglas Adams from Ontario Canada working to General Hospital in this place and again he asks money to save Richard’s life, who is registered as patient in this place but if someone calls asking for both, Richard never appears as patient and no one knows this doctor. The bank account to make the deposit in Ontario is in the name of Florence Ojo, maybe just with a bank account or maybe working in Royal Bank of Canada (RBC).

To send the package, Richard Harry Morgan says he travels from London to anywhere to install a line pipe oil in the sea, if they don’t get the money for this package, the accident is fake and Richard disappears deleting or turning off his phone number (+4407715820736), so Richard Harry Morgan doesn’t live in London but in Toronto, Canada.

If you get an email or contact from these persons from LinkedIn of any other site for professionals around the world, just report them because they had scammed me $34,194 US dollars saying they have Mexican custom officers who are requiring all payments and they get angry if woman doesn’t pay and if you ask your money back, Kelly Anderson says she will use a court to clear her company is legal and custom officers are “in secret” working for Diamond E. Courier inside Mexican Custom when obviously it is false, and this is a big scam they all are doing.  About this parcel company, its website is https://decd.pag.tl/ with a fake address in Sudbury Ontario, but Diamond Group really exists and it has a very different page and website. 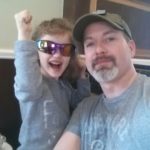