Mark J. Shayatovich from Lisle Ill, IS A BIG A** liar and likes to bully women #metoo and anyone he doesn’t have to be in front of. He’s a computer troll and uses fake email address -names and tries to extort money out of people, but who is he really? Well if you ask him he is a major music manager to the famous Reggie Benjamin, but wait a minute, he lives in a 1500 sf house with his mommy (shut upJ , I looked up Reggie Benjamin and I found a Instagram account with him and a bunch of older actors, him and his wife Iwona Burnat and his dog Toby in almost every picture. So, I started digging and here is what I came up with, Reggie Benjamin and Mark J. Shayatovich have a charity called Mission save her it is a human trafficking site that clams it helps girls and so on, the problem is they have not filed taxes on it for at least three years, changed the name at least three times and Reggie and Mark live off the money, they state they donate 100% to the charity, so how much do they really donate if they’re not paying taxes and live off the money and can’t show anything? We have ask to see documents and then bulling comes in.

The websites are shut down and they both have several bankruptcy’s, judgments and owe tons of people money, they pray on women for their money, men also but manly women, meanwhile Reggie poses with celebrities on red carpets to make it look like he knows them and then uses his pictures to con money from people, Reggie also charges people for extra roles in films, wonder if SAG knows this, Reggie also sells tickets to the Emmys, Oscars and other awards, when everyone know’s you’re not supposed to sell those tickets.

Once people find out the truth about them they start the email bulling and threaten them with big lawyers and start internet shaming them. But wait a minute if you have huge lawyers Mark why file for bankruptcy for $11,880 for a 2011 Kia? say what, keep your job at Office Depo you’re going to need it, man you are a baller. Mark also has several bankruptcy cases in Chicago. And Reggie forget about it, his scams go way back, at least 12 plus in Chicago alone and several in California, they file bankruptcy and get out of paying people and then let some drop after time. You can look this up for yourself. People are catching up with Reggie in California now and it will just be a matter of time before everyone gets together to file a class action law suit and shut down the charity, from what I understand the STATE is already on you, we are on to both of your scams and made up press! 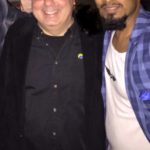 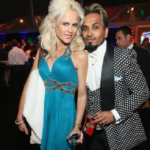