George is the most unprofessional tax preparer I have ever used. Last year, I had the most terrible time filing my taxes with him. It was a nightmare.

This year, he called me to see If I’d like to do taxes with him again. I wanted to give him the benefit of the doubt, and another chance so I agreed.

He told me that he would charge the same amount, but when he sent the engagement letter, the price had been raised.

When I asked him about it, he got very defensive and had a bad attitude.

He asked me if I think that he should charge even more because of the time he took to calculate my receipts. I told him that he lost my business.

George is a good person, but not good at his job.

Write a review or complaint on QuickBooks & Taxes 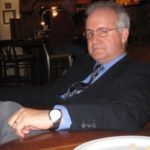