I would strongly recommend that you avoid quality tax services. My experience was horrible.

In my opinion: they are rude, disorganized, and unprofessional. And there is a new guy there who doesn’t have the same experience as Don.

They did a “bait and switch” with me and gave me the new guy instead of Don, even though they told me over the phone I would be meeting with Don.

After reading the positive reviews here about Don, I called to make an appointment with him.

I was given an appointment within a few days during tax season, so that seemed cool.

I got my paperwork together and re-arranged my work schedule to spend an hour in their Ballard location (which is now in the DA Burns Cleaners building).

When I arrived, I was greeted by a woman at the front desk who showed me into Ken’s office.

Keep in mind that I specifically asked for Don based on these reviews, and was given an appointment with him.

Regardless, I decided to go with the flow and given Ken a shot.

Ken was a nice enough guy, but he was not nearly as experienced as Don and the others in the office.

Since my tax situation is quite complex, I asked Ken if I might be able to work with Don instead.

At this point, I was a little annoyed because the 45 minutes I spent with Ken were not valuable – aka a waste of my time. Whatever, I said to myself, be flexible.

The woman at the front desk apologized, said she made a mistake booking me with Ken, and rescheduled me with someone named Pete for the next Saturday.

I did ask “What about Don” and was given a hand wavy answer about Pete’s expertise.

I asked a couple simple questions about Pete’s experiences, and decided I’d give him a shot.

Fast forward to Saturday and I’m bookin’ it back over to Quality Tax Services.

I arrived at my scheduled time, 2pm. The same woman who accidentally booked me with Ken instead of Don looked at me and said “your appointment is at 3.”

At that moment, her phone rang and she answered the call – which took 30 seconds or a minute. At the same time, someone else walked into the office.

When her phone call was done, she looked at me with an extremely annoyed/irritated look and tone of voice and said something like “what?” And looked at me as if to say, “I told you your appointment was at 3. Why are you still standing here?”

We talked about this for a minute and I clarified that I was positive that she told me 2, as I had written it down on my calendar in her office.

She said “Well, there was someone else booked at that time before you were.” Blank stare from me and then a too little, too late, insincere, please get out of my office now “I guess I might have told you the wrong time.”

Again, I decided to be the bigger person and said “So, if I come back at 3, Pete can see me?” She said yes, so I left.

On the way to my car, I decided I didn’t trust this place. After all, they are dealing with my TAXES.

I would be leaving papers in their office with all my personal information that could be used to steal my identity.

I would be trusting their work and advice. Of course any mistake they might make would be my liability with the IRS.

So I walked back in the office and told her how rude she was and how unacceptable this whole situation was. And I told her I would be sharing this experience on.

So, dear friends, there might be a tax wizard named Don somewhere in Ballard. I can’t say, I’ve never met the man.

There is also a woman named Pat who was grumpy and rude to me, and was unable to accurately complete the simple clerical tasks required to schedule my appointment.

If you want Don, try to get his direct number and bypass Pat.

As for me, I will never again set foot in this place. Sorry Don, it might have been great.

Write a review or complaint on Quality Tax Services 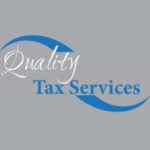