Their constant lies and empty promises of getting things done were a road to nowhere and it ended up costing us our dream home.

Forget the money we lost on inspections and approvals…they left us hanging. No apology.

They drag it out until you feel you’re going to give up and then they present you a higher interest rate AND higher closing costs and expect you to just cave since you’ve been waiting so long to begin with.

I wasn’t going to fall for it. Very unprofessional and straight out LIARS, never will recommend them to anyone.

The seller ended up cancelling because of THEIR delays and excuses over 2 months.

What’s worst? They blamed me for NOT understanding the buying process? Really? That’s why I have my AGENT and he thought they were CRAZY!

Including his fellow agents who he asked for advise from.

I can’t believe a company would do people wrong like that.

How do they sleep at night? I hope they’re having a nice holiday, while I’m left without a home.

Going by other reviews, they’ve done it before and will do it again.

And it scares me that they have ALL of my information, never bothered to return anything back to us. SHADY people, shady company. NEVER AGAIN!

Write a review or complaint on Purpose Funding Cancel reply 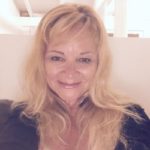