I retained Professional Accounting & Tax Service to prepare my 2013 personal income tax returns and tax returns for my two businesses.

I provided PATS with my confidential financial information and materials necessary for preparing my and my companies’ taxes.

The information and materials were comprised of more than 300 pages of organized documents.

I transmitted the information to PATS in February 2014 in a separate sealed envelope for each entity in a well sealed medium sized flat-rate Priority Mail box.

The taxes for one of my businesses, a corporation, were due on or before March 15, 2014.

On March 17, 2014, having heard nothing from PATS, I contacted PATS and learned that PATS had filed for an extension.

I never authorized the extension. On March 31, 2014, PATS notified me by e-mail that my taxes were done and were on the way to me via Priority mail.

On April 2, 2014, I received a single box from PATS which was opened and was covered with stickers by the U.S. Postal Service noting that the Postal Service had received the box without any contents.

I contacted PATS and was assured that the box was sent to me with the contents.

I later discovered that PATS had simply reused the same box– a box which no longer had adhesive and had been closed with a single piece of tape over the end of it.

PATS handling of a client’s financial information in this manner is reckless and unprofessional.

PATS caused the loss of important information requiring me and my business partner to expend time attempting to recover lost information, changing accounts, and notifying financial institutions and creditors.

Its reckless handling confidential financial and tax information is good cause for choosing another tax professional.

Write a review or complaint on Professional Accounting & ... Cancel reply 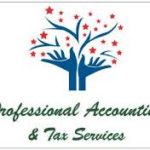