We worked with Brian Bender. We were first time home buyers and decided to use a mortgage broker to have support and guidance as we went through the process for the first time.

We went through the pre approval process early and that was a relatively easy meeting.

When we had finally picked our home and began the loan process, it was anything but.

Brian was largely uncommunicative and slow to answer our questions via email–sometimes not replying for several days, sometimes not at all.

The process was slow and painstaking and our realtor, who was independent from Brian, mentioned several times how shocked she was at his lack of professionalism.

We did not have the go ahead that our loan was approved until the morning of our closing–Brian and his team simply had no regard for us at all.

Fast forward a year later, after our mortgage was purchased by RoundPoint Mortgage four months after we closed (to be expected…).

RoundPoint pays someone else’s tax bill with our escrow account. Infuriated, I spent several hours on the phone with them and was told explicitly that PrimeLending provided RoundPoint with an account number for the county tax assessor that was incorrect.

This led to additional fees from the county because our tax payment was technically late.

When I questioned them, they mentioned Brian’s office by name and provided proof that they received someone else’s mortgage information from PrimeLending.

I was just astonished. So, I wrote an email to Brian Bender and his supervisor Ron Watterson letting them know what had happened and explaining that we had already had a horrible experience, with PrimeLending, A PlainsCapital Company – Dallas Central to top it all off.

I received no reply from either Brian or Ron.

Buyer beware: if you’re looking for a professional team to help you in one of the biggest financial transactions of your life, Brian Bender’s PrimeLending is not that team.

Write a review or complaint on PrimeLending, A PlainsCapital ... Cancel reply 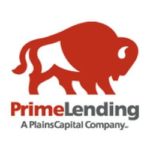