Buying my first home, and never want to go through Primary Residential Mortgage Inc again! Luckily, we made it out alive. We were assigned to an incompetent lender.

She had no idea what she was doing, and we didn’t know any better because we had never been through the process.

Everything seemed very strange the whole time – she would tell us things would be done or were already done when they weren’t.

She asked us for the same paperwork multiple times, she had me come in to the office to sign something that.

I had already signed and sent back to her, and finally when we got to the very end of the process she told us that our closing date would be pushed back an extra 10 days because of the type of loan we were getting.

Our agent informed us that this was something she should have told us from the very beginning – we later found out there was a lot of information she should have given us but never did.

This woman ended up quitting her job before we got to our closing date, so our file was passed on to another lender.

We were relieved to not have to work with that horrible woman anymore (and will be filing a complaint with the licensing board).

When we met with the new lender, we were told that we had been placed in a program that we never should have been in, and are being switched to a “faster – easier” program, but we had to come up with $5,000 more right away.

We were lucky enough to have the money gifted from a family member so we could get moving on our loan. Again, we had no been through it before so we had no idea.

We ended up having to redo almost all of our paperwork because it either wasn’t done the first time or wasn’t done correctly but no one bothered to tell us.

We had to get an extension on our contract for the extra 10 days that she pushed us back, and we were told by the NEW lender that the NEW program was the only way to close within that 10 days without getting a 2nd extension.

So we went on with it, and the 10 days came around, and we still weren’t closed. We had to ask the seller for a 2nd extension because she couldn’t get everything together fast enough.

We did not blame her because we knew our file was just dropped into her lap as a mess.

She called me and told me our closing would be the next day because she had sent out the paperwork that afternoon.

We found out the next morning that our paperwork was never even sent out when she said it was and she should have told us there would be no way for us to close the next day.

When we FINALLY got our paperwork back, I noticed the numbers were $5,000 lower than what I expected them to be so I questioned it, and our Agent informed us that we were switched back to the first program without being told or asked.

We finally closed almost a month late, and didn’t have to deal with her anymore. I e-mailed her to find out how/where/when we needed to make our payments (more than 1 month before it was due) and she told me the first one had to be made in their office but the rest could be done online after that.

Our payment was due June 1st, so I went into the office (like I was told) and turned in my check on May 30th.

I assumed, because I had never been told any different, that when I handed her my check – my payment was being processed and taken care of.

She e-mailed me on June 2nd saying it had been submitted on the 30th. We got a phone call on the morning of June 4th saying we had not made our Mortgage Payment and if it wasn’t paid soon it would become derogatory!

When we explained that we paid it through the local office, we were told that no payments should go through there and everything should be done online through the Service Center.

Her explanation for this was that it was a “Customer Service” to have clients make their first payment in the office to be sure that it gets paid on time.

This does not make sense at all because it was NOT paid on time BECAUSE we went through their office.

If I knew it wasn’t being processed right then, I would have just done it online myself!

She told me that our payment got crossed in the mail, and was taking a few days to get to where it needed to be for them to process it.

Every person that I came in contact with in that office was completely ignorant.

I would not recommend dealing with them at all!

Write a review or complaint on Primary Residential Mortgage I... Cancel reply 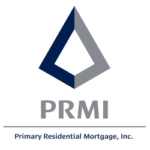