I worked with Trevor O’Dell to lease a townhome in Bellevue. His representation is with Seattle Rental Group and Pointe3 Real Estate.

I met with him myself, I did not have a real estate agent representing me because it seemed like a simple lease.

On the day we met to sign the leasing agreement, he told me at the signing that there was going to be some siding work done on the townhome.

I had already given notice and was set to move when he told me, so I was in a tough situation.

I work from home a few days per week so noise is an issue, but I went forward. This was a huge mistake, because it ended up being a complete residing project.

Trevor had clearly minimized the scope of the project and the impacts to me when we met to sign. This not being disclosed during all communications prior is a very unethical.

To give him the benefit of the doubt, the HOA could have decided to do this in the few days in between, but it seems like this scale of a project is discussed and planned months in advance.

During the signing process, he disclosed to me that the owner, a Bellevue based psychologist, is personal friend, and that he does contract work for him outside of real estate. He made the owner seem like a great guy.

On move in day, I arrived at the home for the walk through, and Trevor met me there, and there were several cosmetic issues that were not addressed between the last tenant and me.

These are simple things that should have been noticed by him prior and fixed.

The biggest issue about the house was that it was filthy.

I ended up having my 2 housekeepers spend 7 hours cleaning it from top to bottom.There was even dog feces all over the yard.

As my movers were arriving with my items, the housekeepers were running around cleaning everything.

I called Trevor and he sent his housekeepers back to get the dog feces, but they did not correct the cleaning issues so I paid for my housekeepers to do this.

The siding project took several weeks, it was very disruptive, and it interrupted my ability to work from home on multiple occasions.

I would be on a conference call and there was loud drilling, men hanging from the side of the building, it was terrible.

A few months later, the owner informs me that now they are going to replace the roof.

During an inspection of a neighbor’s property, they found mold in the attic, so HOA decided to replace all of the roofs.

Again, I believe this was decided months prior, but there is no way to know for sure.

In the inspection of my unit, mold was found in the attic, but the owner informed me he was not going to do anything about it, and that I would have to live through a roof replacement.

The owner offered to reduce my rent that month but 50% but the project lasted much longer, and from my perspective, it was not about the money.

At this point, I started to look for another place to live because after 6 months of living there, and the constant construction, mold in the attic, I was just not able to relax in my own home.

I notified the owner that I was giving notice, and proceeded to move. In talking with Trevor about my lease agreement at move out, I was informed that I would not be receiving my original deposit for the townhome, which is $2750, because I broke the terms of my lease agreement.

He also threatened that I would have to pay rent until the home was re-leased.

This caused me significant stress. In the end, I was held to the terms of the lease agreement, when they did not, in good faith, keep the terms of providing a quiet place to live.

This is just bad business practice. With the cost of movers, my lost deposit, and moving costs it cost me almost $5000 to move.

In addition, the owner insisted that I pay $150 for carpet cleaning, per my lease agreement. The house was left spotless, I had my 2 housekeepers come back after I moved out.

I emailed Trevor to let him know that I was unhappy with this decision to keep my full deposit and to charge $150 on top of it.

I also realized that based on the relationship with the owner, he is likely going to side with him, and not look at this in a neutral or unbiased way.

Trevor never responded to my email. This is why I decided to write this review, because he could have responded, could have apologized, but he did nothing.

He did nothing to encourage his client to allow me out of the lease based on the extenuating circumstances, but he did nothing. 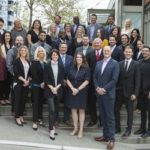