Sad to say, but Peachwood Medical Group only gets one star, and that is because I could not put zero stars.

I have been a patient at Peachwood Medical Group since I was a teenager, I’m now almost 40.

They used to have great service and waiting times, but since their company has let go of all of their older staff that got paid higher wages just to hire new staff fresh out of school at lower wages, well it is simply not the same.

I’m all for giving those who are new grads a chance at learning and working but when you take out all of your senior staff at once, well it’s a recipe for disaster.

So here is my review.

I would say about 2017 is when I noticed a red flag with Peachwood’s PA, Jennifer Nay.

She is a really fast paced Physician who really doesn’t let you get a word in to explain your ailments, and that’s when she’s not cutting you off when you do get to talk.

I had been trying to let her know about my issues and I kept getting interrupted by her so I would forget my train of thought.

So when I finally did remember, it was just before I was about to leave and I guess when she was done with me that I recalled my issue and she all but bit my head off about it.

When she said that to me I was left in utter shock. I seriously almost cried right there in the office because of how upset she was.

I didn’t even get to tell her my issue so I got chewed out for nothing and just shut up after that. Of course, I cried on the way out to my car and on the way home.

I gave her the benefit of the doubt and chalked it up to the fact that maybe she’d had a bad day, or maybe she had a previous patient who was difficult with her and caused her to be this way to me…I don’t know to be honest.

But I forgave her and forgot about it afterward. I didn’t really want to go back to Peachwood after that unless I absolutely needed to.

So now, this is my more recent experience, as it was just a couple of days ago.

My appointment was at 2:45 PM and I waited in their waiting room for about 2 hours until I was called back to the exam room just to have to wait another half hour to 45 minutes or so.

When she finally came in, she briefly looked at her computer and asked me what was wrong with my arm, and I was like not my arm but my entire body as I had stated to the MA who took my vitals prior to her coming in.

She then questioned me some more and gave some smart remarks when I would say something, and that I can take, but when she started talking down to me.

And said she was sorry for sounding like an asshole but that she was only being truthful…well, I was left in shock once again and really hurt.

She continued to be an “asshole” as she stated, for the remainder of my visit, which was not only unpleasant but very uncomfortable.

Then she began to make comments on my personal life when it was clearly none of her business, and not at all a part or reason for my visit.

Even after al of this, it’s still not the worst part. It gets worse.

When I had mentioned to her my reason for seeing her I told her it was kind of a long story but it was necessary for her to know it, her response to me left me with my mouth open.

She told me that she didn’t have time for a long story because she had to go to her Taekwondo class or something and she only had 15 minutes to get me out the door basically.

I COULD NOT BELIEVE IT. Especially after waiting almost 3 hours just to see her!

And she had the audacity to cut my time short because of her personal life?! Really?

Well I can well and truly say that she has lost her compassion for being a doctor.

She no longer cares for her patients in my opinion.

So if you want to cry all the way home just as I did once again because my Physician told me off, belittled me, and offended me in so many ways.

Please be my guest…but don’t say that I did not warn you! 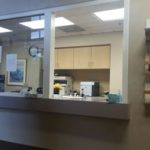