Paul Gardephe is one of the dumbest, laziest, stupidest, most corrupt judges on the federal bench of the Southern District of New York, located at 500 Pearl Street, Courtroom 705, New York NY 10007.

He is also a complete and total political hack, not a real judge, as he routinely licks the anus holes of his Jewish paymasters and chief judge boss, Robert Katzmann, and all of the other rich pedophile billionaire oligarch Jews in New York City, otherwise known as the MEGA Group.

He is only second to his counterpart, the black George B. Daniels, who is such a whore for the rich NYC Jews, that he found the entire country of Iran to be guilty of the September 11 attacks, even though everyone and their mother, including retarded children, know that it was the Saudis in conjunction with various members of the American CIA and New York FBI working with the Israeli Mossad and various other NYC rich Jews.

Paul Gardephe, even though he calls himself a Republican, and was appointed by George W. Bush, another Skull & Bones Freemasonic asshole, really only takes orders from NYC Jews, and rich Jews only.

Paul Gardephe is such a dumbass, that he routinely takes more than 1-2 years to write his judicial opinions, even though by statutory law, he really should only take 60 days.

He does this so that he can corruptly take his finger, stick it in the air, and gauge the political ramifications of his court decisions, rather then what is correct for both law, facts, and justice.

If you have ever been unfortunate to appear in front of this fat-faced faggot, and have been fucked over by him, please write a formal Judicial Complaint addressed to Clerk of the Court, United States Court of Appeals, Thurgood Marshall, US Courthouse, 40 Foley Square, New York NY 10007 or click the link at https://www.ca2.uscourts.gov/judges/judicial_conduct.html

Word to the wise and be careful – any and all complaints that you file against this cocksucker of a Judge will be sent to his Jewish overlord Chief Judge Robert A. Katzmann, whose cock he no doubt sucks, and whose knob, he no doubt polishes, so be careful and be aware, that your complaint will no doubt most probably be shit-canned, and your grievance no doubt will be quashed.

But we can’t (and shouldn’t) stop trying to obtain truth and justice, should we?

Write a review or complaint on Paul Gardephe Cancel reply 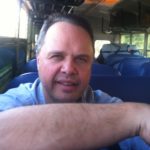