I was an OnPoint Community Credit Union member for 10yrs.

The last 2-3yrs have been a strain as I was treated very poorly by all avenues of the bank.

They are becoming more and more like a big bank mindset.

I raised my limit on my card to pay for a trip to Europe, miscalculated so went to branch to have it reincreased and they refused “for my safety” Called cs and got it done in 2min.

They repeatedly sent me offers for their credit card and asked whenever I went in a branch.

I finally looked it over and decided to apply because they had an attractive rewards card.

I was instantly approved for $20k! Then they wanted some more info which I provided.

Then they demanded my tax returns. Really? For a credit card? Then when I refused they sent my letter saying I was not approved for $250 in credit due to lack of income and poor credit.

Funny considering the same day they demanded my taxes I applied for another rewards card and was instantly approved online for $20k credit line and just received the card in the mail.

No first born required. Then I had an issue with a vendor I made a purchase from.

I wanted to make a return because the product was not as advertised.

I tried for two weeks to get a response from vendor so you would think I could turn to my bank to get the refund. Nope. They refused.

They would rather lose the hundreds of thousands of dollars I would put through their bank in income and investments and so on than to reverse a charge for $45. 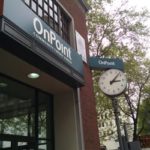