I was a client for over 10 years. I wish I could recommend them, but… They hire new help every year for tax season, and one year I got a woman who was not only rude, but completely botched my OR state tax return.

I was contacted by the OR Dept. of Revenue and fortunately I was not fined. NWA gave me a credit for the next year.

Another year, I got conflicting phone calls on the same day.

One person said my son would need to file and was calling to have him come in to sign.

Later the same day I got another call from another person who said my son would not need to sign. Neither was aware the other one had called.

Finally last year, I made an appointment one afternoon but I was running late because the Interstate Bridge had opened.

I called and let them know. I finally arrived 15 minutes late, and apparently they gave my appointment to someone else.

After being ignored in their waiting area for 20 minutes, I gave up and went to H&R Block.

It’s a shame, because their prices were about 25% lower than H&R Block.

But botched returns, inadequate peer review, poor communication and bad customer service are not something I want to deal with. 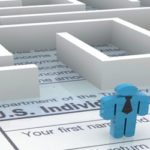