A payment company owned by Niklas Adalberth named Klarna scammed me and is not giving back the money they must refund me. I had been looking for a payment company like this one which gives the freedom to pay in installments without having to pay upfront. I came across an ad on the website that I was using and thought of trying this for the first time. I was nervous as sharing information with companies online doesn’t seem so wise these days. However, with all the good things spoken about Niklas Adalberth and his company, I thought of trying it.

I got registered with the account on Klarna and did all the formalities that were asked for. The website says that their cards are being accepted at different stores across various countries. That was the bait for me. I decided to trust the company as the offering was really exciting. I have a serial shopper. I have tried most of the brands and often do my shopping online. I have used different cards and banks at times. However, none of them have ever bothered me as this company did. I was so upset right after the first experience that I decided to cut off the account permanently. But I am still waiting for a refund. Without which, I have to carry on with the account. This is completely insane. There is no reason to hold on to this company but I am trapped, I guess.

Before trusting Klara, I googled about Niklas Adalberth who is the CO-founder of the company. He has a nice background. Being an old company, operating since 2014, I thought it would be legit. But I was wrong. There is no way one should ever use this company for any payments. All I had was problems since the beginning of the order.

At first, when I thought of paying using Klarna, it did not get me through. The online chat is also devastating. These people writing to you from the other side of the screen are not helpful at all. They just want to close the chats as soon as possible. I guess that is what the company and the owners train them to do. It happened to me twice while I was trying to proceed with the payment. After the payment was declined, I connected through the online chat to resolve the problem. And, the came up with a weird one. The first person with whom I chatted, told me that the reason wasn’t known as everything looked fine.

He told me that the problem is with the company I was trying to make payment to. However, that was not possible as the error message clearly defined it was Klarna that was stopping the payment. Later, I talked to another person through chat again. This time, this guy told me that the email id I was using was different than the one I am registered with them. Come on! Aren’t you guys proficient enough to handle issues like these? Because you guys talked shit when I asked for a solution.

The next day, I thought of giving it a try and it worked. After all the headaches, it worked another day without any changes to the inputs I used before. Although I had not expected that to work, it worked. So, I was okay with it. However, the problem again started when I canceled the order.

The amount wasn’t that huge for the order. However, the Klarna added an extra amount to the total cost of the order and broke it into installments. I decided not to do that and paid in full to avoid any hidden fee. In short, I paid the company some extra dollars to ensure that there were no more excess payments required later.

The order that I made took about a month to arrive. When it reached, it was broken. So, I decided to return it to the seller. I had everything in place. I canceled the order and parcelled it to the address mentioned on the website of the seller. After around two weeks, I received a message that the order was received at their end. And, it was also mentioned that the refund would be made through the payment method I used. So, I waited for an email from Klarna. After a week, when there was no progress in the refund, I contacted the seller. They told me that they had already initiated the refund and it would have been processed by now. However, there wasn’t any credit made to my bank account.

So, I again used the chat support on the Klarna website only to be disappointed again. The company is crap and its employees are rude and unsupportive. There has been no time when they have given me a straight answer. As per the prior experience, I guessed that the same thing was going to happen again. And, it did.

These people are so rude that they disconnect the chat window all the time, without solving the issue. Whatever question you ask, they have an excuse for not providing the right answer. This guy that I talked to, told me that the system was down and I needed to call after a few hours to get an answer. The next time I tried to connect with someone told me that he was not able to pull my records as if I did not exist in their system. Again, he told me that there must be some glitch and I must wait for a day or two before pinging them back. Can you imagine the frustration I was going through? They had made me so frustrated that I just wanted to get rid of the entire procedure. But it seemed tough.

I approached their support after five days. This time, I decided not to listen to any excuse at all. They did try to ignore my problem. I chatted with two different people on the same day. The first one disconnected the chat saying that I need to wait until he finds out the problem and he never came back. He ultimately closed the chat. Another person whom I chatted with told me that the refund would take some time. And, asked to wait for the email confirmation. He said that he had initiated the refund and the email will be received in 24 hours.

This did not happen either. I did not receive the email for 48 hours when I decided to talk again. Niklas Adalberth has made sure that none of his customers ever get their refund back. I am trying hard and since now, I have not received my money back. I made no delays when making my payments and settling the account. But they repay this way. How unprofessional of them. It has been more than a month and they have not sent me a single email or message updates about anything.

During my conversation with the support agent, I asked to send the communication in written about all the reasons that I had been given. And, he denied saying that it was against his company policy. I just wonder, how can cheating be a part of their company. This is not justified at all. They have taken my money. I have paid them extra which was never mentioned when I created the account with them. They charged me over the order price and I did not question. However, these guys do not have any kind of empathy for their customers. I have asked many times to connect with me to someone who can help. I have asked for the manager’s contact details or anything that could help.

But all of these things are not included in their company’s policy. These guys just irritate their customers so that they can keep them at bay when it comes to transferring the refund. The agent asked me to send him the bank details. He informed us that sometimes the refund is made and the emails aren’t sent because of technical problems.

I did that too. I shared such critical information with him and he did not reply at all. He said that it would take time to process things further. And, again gone. Every time, I initiate a chat, another person replies. I have to talk about the entire problem from the start. This is also very annoying. I have been chasing this company for long for a refund that is my right. The seller already told me that he completed the formalities from his end. It is now the turn for Klarna to complete the refund from their end. They have the receipt too for the same. I am not sure why these guys are making it so difficult for me. I am never going to use their app again. I am also not going to recommend it to anyone. And, those who are using it, I would like to alert them. If this has not happened yet, it will sometimes later. These guys are fraudsters and Niklas Adalberth must be a con artist.

Write a review or complaint on Niklas Adalberth Cancel reply 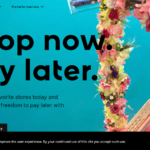