I had been looking for an investment firm for the expansion waiting at the corner. My business was doing good and I needed some strategies to prepare it for the future growth. For the same reasons, I contacted new water capital which my friend suggested me. I tried to find more about the company online, however, I only got its website.

There weren’t much reviews on the internet which I found helpful. Understanding that the company is not very much involved in its advertising, I decided to go with the option. If it would have not been suggested by my friend, I would rather have chosen some other option and I regret that till this date. It has been three months when I first contacted them and there has been no measurable growth I have noticed in my company. On the other hand, I find my company’s value depreciating.

When I first spoke with them, they promised that I would be able to notice the change from the first month itself. They did tell me that no company would guarantee a certain growth, but they would. I have known that these partnerships are risky and there are times when you have to take the call between risk and growth. However, this company claimed that I would never see a period when I would regret connecting with them.

They seemed promising and hard working. However, it was just their trick to get me on board. They tried to take advantage of my trust. They said that I would receive monthly revenue statements and the growth report. As you might guess, they never sent me one in these three months.

I called these people every other day for explanation and they ignore me as if I don’t matter. I have been experiencing pretty downside since the time they took control of the investment. I have never been so worried and tensed in my entire business experience. I have to take out time to deal with them and they care for nothing.

Last when I spoke with someone in their company, he told me that risks are always involved and there are good as well as bad days. This would not have shocked me if they wouldn’t have promised for a risk free experience. I asked to connect me to the manager with whom I closed the deal. And, he had the same thing to say.

I am very much disappointed in the services of new water capital. The company lies about everything. The reason they do not have any reviews is that they do not allow reviews to stay online for long. They must not be getting any positive reviews. By the services they provide, they must be out of options for most of the businesses.

I should have been more cautious. I believe that this company has given me a big lesson. I want others to be wary of this company or else, they would be learning the hard way. 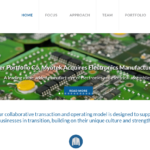