What a colossal waste of time it was talking and meeting with Mortgage Maestro Group.

I spoke by phone and then met with Ray Williams, head broker, a month ago.

I provided him my tax returns for the last four years and other needed financials.

I let him know I was keenly interested in buying my rental house of many years, being sold by the owners to cash in on this ridiculously inflated housing market.

There was  a real time crunch involved: either I bought my house or I’d have to move in a month and find another (scarce, overpriced) rental.

I let Williams know I am beginning a new well-paying W2 job.

Williams told me all I needed was an “offer letter” from the new employer indicating salary, etc and I could be pre-approved for a loan.

I received that offer letter, and happily called Ray the same day.

He said to email him the copy and he’d get back to me “tomorrow” and send me the pre-approval letter I could present to the realtor and the seller.

Williams neglected to mention he was going on vacation for 10 days that next day.

I learned that when I called him the next day and got his voice mail saying, “I won’t be returning calls during my absence.”

I thought I was working with this broker and he well understood the tight time constraints I was under.

Telling me he’d call me back the next day knowing he wouldn’t is unconscionable.

He seemed indifferent to my situation and was mildly offensive (“Hey, I’ve got to document your work history so the underwriters don’t think you’ve been sitting around on your ass.”)

Anderson asked me to write up a personal “testimonial” including detailed work history going back ten years,  to present to the underwriters as to why I’m a good bet for a loan.

I spent hours researching and composing that document.  My last W2 employment was over 18 months ago (since then I’ve done 1099 work).

Scott got back to me five days later saying I was denied a loan because my last W2 employment was over 18 months ago.

But Ray Williams – the head guy at Summit – knew that fact the day I met with him a month ago;

He had my W2’s indicating the time frame, and I discussed it with him.

So why did Summit waste a month of my time  getting my hopes up, and leading me on when presumably they are aware of the federal regulations prohibiting qualification because of that 18 month requirement?

I wasted a month and now I am forced to scramble to leave the house I wanted to buy, my home of many years, and rent a lesser house for much more money than a mortgage payment would have been had I purchased the house I do not want to leave.

Thanks for the aggravation and for wasting my time, Summit Mortgage. 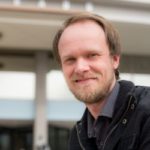