These girls are known for using people, always acting like they’re at work 24/7. They can and will use every guy and girl for money and will show interest in you as long as you buy them something or take them somewhere. They use any and every man and woman that will spend money on them.

Mindy Murray is the one because she is that prototype.

Meet Mindy Murray, Cincinnati, Ohio’s and Covington, KY’s #1 pathological liar, con artist, serial cheater, manipulating w***e, homewrecker and a grimy, trifling thief.  She not only cheated on her ex of a 2 yr relationship, but she was caught cheating on him with a woman so she can be a lesbian for her own benefit. Because she was caught cheating and it all blew up in her face instead of being a real woman and swallowing the pill of shame, she decided steal to from anyone and everyone she possibly can while running, hiding, and ducking like the two face coward she is, choosing to go too far with her acts of cowardice.

Mindy Murray is the true definition of a grimy, trifling coward ratchet.  The city feels sorry for any man and woman that actually knows this money hungry, cowardly, pathetic walking disgrace.   All this lame cares about is herself.  She has no remorse for anyone that gets hurt in the process of her selfish, manipulative, vindictive ways so we shall have no remorse for her as she is heartless trash who needs to be outright taken out.

Write a review or complaint on Mindy Murray Cancel reply 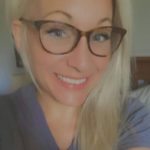