Michael Elaschuk locates young girls on dating apps like Tinder, Bumble, Match, POF. He promises them that he has genuine intentions and “that ring”. He wines and dines you for a while but after he gets sex a few times, he will give you an ultimatum that you must keep you hidden and remove all of your photos with him from social media otherwise you can no longer be together, where he will change his username 10 times each day on social media so that his women don’t cross paths. He follows porn stars, p4p, and strippers on social media, and seeks them out as friends by using his Porsche to attract those kinds of women. He lied to a girl and told her that she was everything he wanted in a girl but kept her hidden because he was married the whole time and would have a baby shortly after you broke up. He’s a deceiver, manipulator and predator. He’s really only out to use women’s bodies as a playground. He hides behind his company claiming to be this “good guy” but that doesn’t change his emotional abuse and victimization of his women.

Write a review or complaint on Michael Elaschuk Cancel reply 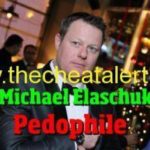