I have never used a CPA prior to Bassim Michael. Prior to this experience, I used online softwares like Turbotax and H&R block to do my taxes and worked out fine.

But after getting married and having moved states, I decided to give a try with a professional.

Originally, I had high hopes for Michael & Company (Only for dentists) as they came to speak to residents regarding tax needs and one of my colleagues have recommended him.

He seemed knowledgeable regarding student loans as well.  We set up our first meeting and it went ok as it was mainly introductions and passing along documents for him to prepare.

However, this is when things started to go downhill. As a first timer using a CPA, I had a few questions regarding my taxes and the process.

But, I never really felt like I was getting a thorough explanation from him. In addition, it was difficult to get ahold of Bassim directly when you call his office.

His assistant however was very polite and attempted to help us which we appreciated.

Then things got worse after we mailed out our tax preparation. We got a notice from the state reporting that we still owe money.

Of course, we immediately asked Bassim and he told us that the state had made an error and to send them certain documents to rectify the issue.

So we went ahead and sent the documents to the state.

Three months later, we get yet another notice from the state reporting that we still owe them money and now there is a small interest/late fee added.

Again we spoke to Bassim, this time, instead of taking accountability for the tax return he prepared,

he sent an email laying out the hours he spent preparing our taxes and how we should be lucky that we got a discount as a first timer.

Also, he told us that we should just pay the money to the state at this point as he will charge us $225/hr to give us advice.

I felt extremely offended by this as I strongly feel that if you are providing a service, you should stand by your work, have accountability and proper follow up regardless of a discount (which he chose to give us on his own)

In any line of work including mine, I do not feel it is appropriate to provide discriminatory or partial service just because you gave someone a “discount” I would avoid this company or person if possible. 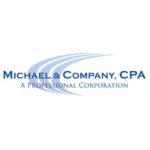