Terrible Customer Service! I called Meriwest Mortgage and was immediately given to Bobby Shamlou as my loan agent.

It was a Friday around 3:00pm. I told him what I was looking for, we are self employed etc.

He said no problem, that it was Friday and the work day was almost done and that he would call me first thing Monday.

Monday 8:30AM he called! That’s a good sign right? Nope! He took my information, told me he would talk to his underwriters, could get this done in probably (2) weeks.

Sent me a list of items I needed to send, I did so within 2 hours (he had them by 11:30AM…everything he asked for! I received no reply to my email.

I called him the next day asking if he needed anything further and he had NO CLUE I sent him an email.

I told him the exact time I sent it and he them went through his emails and found it (1st RED FLAG).

He said he would talk to his underwriters and get back to me about a deposit question…Never got back to me (2nd RED FLAG)! I sent him an email at 9AM the next day, no reply!

I received an email asking me to sign our application from his assistant, it was incorrect.

Finally, I sent him another email with the subject line 3RD REQUEST:SOMEONE PLEASE CALL & I cc’d everyone in his group.

I immediately got a reply from Bobby saying, “your loan has been denied.”

This guy didnt want to put in the legwork for a self employed person. When you speak with him on the phone & have questions, he is racing to get you off the phone…It’s like he’s put out when he has to talk to you.

Communication is VERY important, this guy is missing that. Horrible experience!

Update: I wrote an email to all the managers. Teri and LJ both got back to me.

I was told they would talk to underwriting and let me know what we need to proceed.

I was contacted again the next day for them to tell me that we cannot purchase a house from our company since we are also partners in the company.

That was the very first question I asked Bobby and Bobby said he spoke to underwriting and it wasn’t a problem.

All my other questions were never answered. I wrote an email asking the questions again and told them that Bobby stated otherwise when we first got started.

Teri answered two questions the following day and said she’d call me to answer any other questions I had…. needless to say, she never called!!

I work in Real Estate and this is by far, hands down, the worst run mortgage company I have ever come across.

Absolutely disorganized, no replies or explanations… I will NEVER recommend them to a client.

People can lose their house, their deal, their deposits etc with the way they work. I would give zero stars if I could.

Write a review or complaint on Meriwest Mortgage Cancel reply 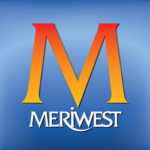