I was diagnosed with the flu on Friday at a different urgent care in another town.

By Monday my throat was so much worse I wanted to double check and make sure I didn’t have strep (even though a strep test the Friday before was negative).

I was the very last patient that night and I waited for at least 45 mins.

By the time they got to me, the male nurse was obviously in a hurry.

He had me get on the scale and it didn’t look like he even looked at the number before telling me to follow him.

I had a hat on and a mask since I had been diagnosed with flu prior to this visit.

I told him I hadn’t had a fever since Friday and at that point he pulled my hat up and took my temperature with the temporal thermometer and said, “nope, you have one now” and showed me it said 100.0.

I was very confused since I had just taken my temp prior to this visit before I left my house and it said 98.3.

He took the swab out for a strep test and I opened my mouth and it barely even touched my throat.

The PA came in and said the test was negative, and said my throat looked fine. (My throat was on fire so there had to be at least some redness, PLUS, I had examined my throat at my house and saw white pockets.)

She prescribed me a steroid and gave me some throat lozenges and sent me on my way.

When I got home I took my temp again, no fever! He had also put my weight on the paper as 5 lbs over what the scale had read. (But he didn’t look at it well enough!) I ended up going to a different urgent care after being at work all day Wednesday and they tested me for strep again. It was positive.

I won’t be returning to this clinic anymore. Even though they are open late, it’s not worth it! 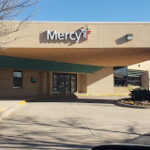