“A fish rots from the head down” is the saying.  And that surely pertains to the US Army legal system – and their entire corrupt and inbred organization starting with the 3-star general/lawyer running it at the top.

I personally lost over $40,000 when Captain Matthew Fitzgerald threatened me to do something totally against US Army regulations which he was totally aware.  This was solely for his own self-serving and career enhancing reasons as flaunted on his annual rating as his biggest “success.”

First I reported this to his Army lawyer superiors.  What a joke that was!  One of his admittedly personal friends did the faux investigation and found no wrongdoing.  Then I reported him to his licensing state bar and he flagrantly lied about what happened when formally questioned in writing.  His licensing state bar said anyone else would have been disbarred for what he did – but their hands were tied since the US Army lawyers as a federal agency were clearly protecting Fitzgerald.

So I tried to take Fitzgerald to federal court but could not literally even get my foot in the door because of something called the Feres Doctrine which has been around since 1950.  Fitzgerald has been promoted TWICE since this event.

But it gets even worse and this is the real travesty of justice:  Fitzgerald was an Army prosecutor for over four years since this event occurred.  He sent soldiers to the Fort Leavenworth prison for violations LESS than what he is unquestionably guilty.  Lying to the feds is a crime punishable by prison.  Look at what happened with what Robert Mueller has done in 2018 and 2019.  Fitzgerald should not be a lawyer anywhere.  One day he will also draw a military pension.

Write a review or complaint on Matthew Fitzgerald Cancel reply 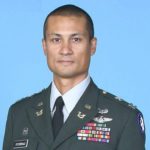