Leonard G. Townes is a corrupt Commissioner who abused his wife for a period of time. The reason why Leonard’s wife divorced him is that she was tired of the Domestic violence abuse from Lenord. After divorcing Townes

She filed for child support.  Townes has been paying Child Support for quite some time now.

The only reason why Leonard G. Townes was appointed to First Deputy Commissioner was that Diane Atkins his Mother In Law is County Executive George Latimer‘s assistant.

Dian now In power anything is possible with Dian Atkins  Corruption of power of in Social Services. Leonard Townes without earning the position of  Commissioner of Social Services Position was handed to him by His Mother in law Dian Atkins and County Executive George Latimer. 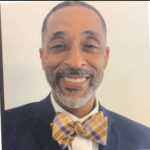