So long story short, I need a car. I tried to take an easy way out by letting this girl from IG ¨flip” my money. She initially asked for $200 and said she could flip it for way more. I sent it through CashApp. It should have been a red flag that she wanted me to send it to another personś account because the name for CashApp was $Sassy25samone but her IG handle was @kianapauulu_ . After this was sent she showed me a pending $7k back to me on CashApp but said she had a $1200 fee, I told her to just take it out of the money she was sending and she said it did not work that way, when I tried to just get my money back she said she will contact her manager and get back to me with a possible sponsor. I also tried getting a refund from the CashApp account and ended up getting blocked. The desperation just set me back $200, don´t give strangers your money kids.

Write a review or complaint on Kiana Pauulu 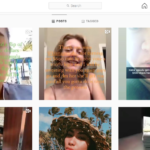