ken Varner lied every time he opens his mouth..lies come out. He stole thousands of dollers..put me in the hospital eith broken bones when i demanded my jewelry he took and money he took and cars he took.

He didnt purchase any of my cars.he didnt earn any of my money..i have drs documents to prove everything im saying.

This man is a snake in a bunny suit.

Hes evil and he needs mental help as to lie about his back ground.to lie about everything. Is total fraud as i would of never dated or supoorted the real ken varner or even spoke to him..

He wasnt raised by grandparents.

Did NOT put his sister through college.

He actually committed id theft on his own family and lies and blames his deceased father..which he is responsible for his death..why else would he lie to me.my family and friends and tell us he wasnt in washington state..that he was in mexico when his dad was killed.

You lie when you have something to hide.

More lies..as ken was in washington when his dad was killed.

Im lucky i got away alive..his dad wasnt as lucky..

But keep this man far away from you as hes mentally unstable you would have to be to make up all the lies he does..

I unfortunetly was with this abusive monster for 5 years..hes a nightmare..and im doing al i can to make sure ken is charged for what hes done..he shoukd of been in prison amd far away from being able to date and rip off women.as thats what ken does.

Feel free to contact me and im telling my story so nobody else gets hurt and financially ripped off for over 100 thousand easily with the cash jewelry cars that this wacko stole..hes the biggest piece of narsasistic  abusive .selfish shit ive ever me..and i want him prosecuted and stopled from stealing from anyone else.

Write a review or complaint on Ken Varner aka Carlo giovanni 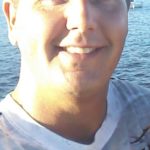