This guy Kinh Bui had mental problem. He spent money advertising his business on the Vietnamese radio stations but he insulted the customer who brought him the business.

He kept go on and on with his non-sense accusation that those who changed their Vietnamese first name to an English one after they became naturalized US citizen were disloyalty.

He also stated that all “Nguyen” people were descent of the criminals. 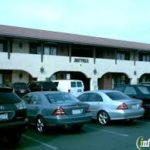