Bait and Switch : Done with professional courtesy I have been in Seattle for 5 years now and this is only the second time I am writing a bad  review for a service.

My hesitation in writing such reviews is that I don’t want to accidentally malign a professional by my bad experience.

However, there are cases where you need to put in your word to ensure people get the full perspective rather than just the gloating reviews.

Also, I would add upfront that the staff is very cordial, polite and seem like good and caring people. This is not an indictment on their personality or character.

However, the business definitely feels like a credit card company trying to extract the last dollar from you with false advertising & unnecessary treatments.

1. Stay away from the ‘Free offer’ given to people in the SLU neighborhood.

2. Even with a fancy employer insurance, expect to pay a lot more out of the pocket.

3. High on gizmos and gadgets. Very low on any lasting pain relief.

4. Car salesman like tactics to get you to keep ‘upgrading’ the level of care you need.

It’s conveniently located in SLU and hence gets a decent crowd of Amazon, Facebook techies with back pain from desk jobs.

They also entice you with pamphlets that offer first ‘free consultation’.

This is how I got roped in. After all, who doesn’t have light back pain and a free massage/chiropractic exam seems good when it’s in walking distance, doesn’t it?
I had been having regular low back pain due to desk job & a slight injury from heavy workout/sports.

Having had chiropractor and massage services earlier that had helped, I was willing to try one.

When I called to inquire about the ‘free massage’, I was told I need to talk to Dr. F first. Okay, no problem. I get that. So, we schedule the ‘consultation’ and the ‘massage’.

The consultation was essentially a ‘sell’ on why I need to do get a chiropractic exam and how it might help with back ache.

I offered that I have the x-rays from my last chiropractor and already told him the key issues that were pointed out last time.

However, they insisted in doing the full exam again. (Again, nothing extraordinary as most doctors do it these days).

But it was very clear that he was more interested in my value as a paying customer (Qs like ‘Where do you work?’ were not satisfied with the relevant ‘desk job’ but required an answer that indicated how much insurance coverage and paying power I had).

Anyhow, since I was willing to give chiropractic a shot for my back pain, I went ahead and scheduled the ‘exam’ that I knew I will partially pay out of pocket.

The massage session was actually good and I did schedule a couple more massage appointments. Those went good too.

The chiropractic exam, traction and all the other visits that followed in the next couple of months were just a complete waste of time, money and energy.

I tried to bring up a couple of times that I wasn’t very happy with the process or sure that the diagnostics was right. For instance, I was noticing more improvement after massage (suggesting that it was a muscular thing due to workout stress rather than an anatomical thing requiring spinal manipulation).

This was dismissed in a very heavy handed manner with ‘Chiropractic is backed by scientific research. Read this paper and that.’

Again, I am no doctor but as an engineer, I can at least make out what seems like a plausible answer and what’s just ‘I refuse to agree with you because my salary depends on it’.

I went along with the ride for a few sessions. Partly due to the strong arm tactics and partly assuming that the sessions would tell if there’s a benefit or not.

When the sessions were not proving any value and the treatment plan seemed to expand on every visit, I decided to pull the plug.

I had to explicitly say ‘Look, this isn’t working and I don’t want to continue’. The response was ‘Well, you are not a doctor.

As a doctor, I think you are making the wrong decision but go ahead.’

The behavior suddenly dropped a few points in courtesy but thankfully it wasn’t a ‘get lost and don’t show up again’. Partially because I still wanted to continue the massage.

Also, the front desk wasn’t the best in explaining how much things would cost based on my insurance plan.

Till I got the actual bills, I only vaguely understood what I might be paying (which I assumed would be a lot).

I would again add that most people were very cordial & I can appreciate that many people would have a positive experience here.

If you are looking for a swanky place where you can ‘feel good’ about fancy equipment, smiling people as you shell out money for placebo treatment, go for it.

Otherwise, ignore the Stability Health Center and add some real stability to your life. 🙂 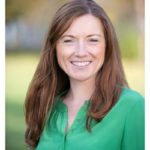