Jordan Haraden, insurance agent, Amarillo, TX appears to have been fired from Allstate Insurance for suspected insurance fraud and now started Yellow City Insurance, Amarillo, TX. The last post on the Facebook account of the run down agency was April 2019

Jordan Haraden , Amarillo, TX appears to have allowed suspicious claims to have been paid out for a kick back had scammed money from policies. Allstate Insurance caught onto this and gave her the choice to resign or face prosecution.

Lapping: They steal premiums and cover them up by crediting a fake customer account with another customer’s premium.

Skimming: They steal premiums before the payments are credited into the customers’ accounts maintained by the insurer.

Fictitious policies: They create these by “investing” their own money as premiums. They use money from insurance companies’ incentive programs and bonuses to cover the “investments.” After they receive this money, they let the fictitious policies lapse.

Crooked agents can also sell policies to customers and then neglect to file the policies with the carriers. Most customers don’t want to file claims on policies, especially early in the terms, because they fear that their premiums will rise.

Churning: They persuade their customers to terminate their existing policies and buy new ones so they can earn extra commissions. Usually, they don’t tell the customers that they’ll lose money by switching to new policies.

If you know of anyone who was a victim of Jordan Haraden or Yellow City Insurance, please contact police since you may be able to get back your money. 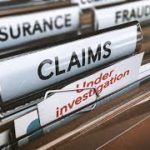 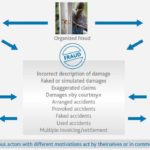