John Mehler repeatedly harassed me while I was at Microsoft. His behavior ranged from awkward brush-ups to intense staring. I heard from others that he harasses most of the women he works with.

He rationalizes his behavior of trying to touch you or rub against you by saying it never happened. When I mentioned that I felt uncomfortable around him after he groped me, he played it off by saying he was trying to help. He would also always talk about his body when he was working with other women.

In hindsight, I should have reported him to HR.

Write a review or complaint on John Mehler Cancel reply 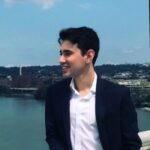