Finance companies cheating you with unreasonable fees or high loan rates isn’t something new to hear. A lot of companies are engaged in unprofessional deals and make customers realize their mistake overtime. And, JFQ Lending, the company run by John J Kresevic is no different. I came to know about this lending firm the last year. Everything was very precise and I liked the way the company presented its terms to me. My wife and I had amazing experience with Logan and Steve working for John. But that was very short lived.

We wanted to refinance our house and was looking for a company that could offer us competitive rates and deals. So, we heard about this company and approached the business team to help us with the matter. We thought we were lucky enough to be able to distinguish this company from others as they were offering comparatively less rates and the guys who helped us through the process seemed helpful. They did make us understand the benefits of applying through their services. Their rates were low which meant that I would have been saving $500 per month making it over $55000 in the long term.

The clauses were clear and they asked us to sign all the forms and papers. We did read a few things in their agreement. However, they stressed to sign the loan deal right away otherwise we may miss the current rate. And, that could surge with time, given the fluctuations in the economic setup. We did understand the same and signed wherever these two guys asked us to sign it.

Later, we did not receive any calls from them for a week. So, after taking some time, we called back. These guys asked us to submit a few papers related to our house and said that they were still in process of completing the formalities. It was weird at first. As, in the beginning, these guys promised that our paper work was clear and we would be getting the loan amount in less than a week. This did seem like impossible because there are many verifications done and other formalities needed to be taken care of. For us, it wasn’t that urgent but as they had promised, we called to confirm. And, the second part that wasn’t right is that them not calling for the paper they needed to continue working for our loan.

If they needed more papers to prove the worth of our house, why didn’t they tell us in the first place. And, if they had forgotten, which is not acceptable, why did not they call later and informed us only after we called back. Anyway, we still were positive about the deal. During the assessment, we were notified of a different amount. However, after they loan was approved, we got $30000 less than the asked suggested amount.

Steve did tell us that there are sometimes minor changes in the assessed loan amount. It can be more or less, but very minor to make much of a difference. But the way they cheated un on this, wasn’t professional at all. It seems they misled us with wrong information. When I called these guys, they started talking about the changes in the market rates and all those craps. Instead of a week, it took them a month to approve our loan. And now, they have guts to tell me there were huge changes in the market rates. Why not? You guys completely ruined my plans by making the entire arrangement go for a toss.

But we were stuck at that point and already was in need for money. So, there was nothing that we could do. We thought that the problem is gone and we would be able to enjoy the low rates at least. When starting to pay for the loan, they said that the monthly payment was not due until September 30th. They told me the same thing on the call. So, I was relaxed. And, wasn’t bothered thinking that there was still one months left to start the payments.

But, yesterday I received an email saying that I had not paid the instalment for July and I needed to pay extra fee for the same. This was very unprofessional. These guys again misled us with wrong information. And, believe me, the late payment fee is skyrocketing. As low as their rates are, the late payment fees seem to be more than I have ever come across.

The email also suggested that failing to pay the instalment together with the late fee would end up in more fees. This was excoriating. So, I called Steve and asked him to go through the email and remember the call that we had the last month. He said that I was the one making things up. He denied telling me of the instalment date. Also, I never received an email suggesting of the instalment date only after it was already late.

Hence, I requested the company to waive off the late fee and I was ready to make the payment right away. But as expected, these guys were not ready to listen. They asked me to wait and said that in the meantime, while they work for the waiver, I must pay the instalment with the late fee. Or else, the fee will keep increasing. They promised that before the next payment date, the fee would be adjusted.

I did not believe them. But did I have a choice. And, when the instalment details came for the next month, a few days back, I was shocked to see that they had done nothing about the fee that I paid. Since then, I have been calling them in and out. But these guys do not seem to care at all. I believe that John is a scammer as they call him. And, he must not be trusted. Stay away from him and his company. 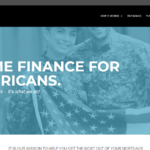