This woman is a liar and scammer. She wrote a letter (lying) thereby committing perjury in court to help her ex husband con an ex girlfriend out of money. Her ex husband successfully stole money from his ex fiance, who she was jealous of. This woman was a criminal and married her ex husband in jail, she has not only committed crimes against his ex girlfriends, she is an accomplice in his schemes to steal money from unlucky young women. Jane Sterling has filed 5 restraining orders and successfully obtained 4 against her victims and used these restraining orders to then sue her victims for moeny, she has stolen money in her career as a teller at a bank and stolen from one of the wealthiest men in santa barbara after sleeping with him and cheating on her husband. She is a liar and has committed perjury many times over and harmed the lives of many people. She does all of this for cold hard cash, money. She should not be allowed to work in hospitals for the sake of all mothers. This woman is a liar and will do anything, lie about anything, steal and shake to get money.

Write a review or complaint on Jane Sterling Cancel reply 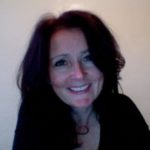