Just a warning to make other parents of Basildon aware, just before 5 this morning my five year old daughter came into me saying a man was standing in the street opposite mine looking at her though her bedroom window, she sleeps in top bunk. I thought she was just getting paranoid about a passer by as when I looked no one was there, 20 mins later she came back saying the he was still outside looking, Apparently this man was waving and stuck his tounge out at her and looked to her like he wanted her to come over to the window, i went to the window again saw him duck behind a car. He was gone by the time I went out. In gerbera close laindon. I don’t believe a harmless stranger would hide from a parent unless they knew they were doing wrong, scared the crap out of me she said it’s no one she’s ever seen before. I reported this to Police. Few days later this happens again and this time we have found out who. After much digging around, using hidden cameras. Police are now investigating and I hope his behind bars today. Dirty Cxxx 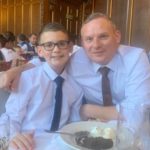 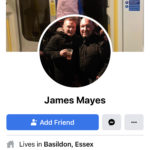 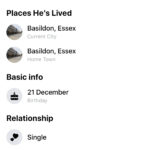