I made the mistake of ordering food from them once. When I got into a verbal argument with management about the poor quality of food despite the clearly falsely made reviews on Google and Yelp, I was told to get the fuck out – I was shocked and scared when I saw the angry look on the managers face.

So I looked on Google, and the reviews were all fake. So then I Inquired a few local neighbors if they were customers regarding the pizzeria and their quality and service, and I was told they don’t really make pizza. Instead, they sell drugs – and sure enough, I noticed a strange phenomenon from my apartment across the street – muscle cars in temporary NJ plates keep driving up, ran in and out, and got back on the road – 30-second stops if that long.

So do not go near anyone named Jack Margie. He drives a beige or silver German sports coupe – if you see him, or any of the following:

some cars have racing stripes, but almost all are fully tinted in limousines black with huge tires as if they were from a police auction  – and again – the keynote: alternating muscle cars with temporary NJ plates

This has caused me to assume they are affiliated with either car thievery or have another car business they use as their new shell for delivering drugs – which is an even better drug ring delivery service than bad pizza because, with cars, you can sell them, change plates, repaint or move them, but you can’t do that with a pizzeria, and as a result, the pizzeria recently closed I was told – but because it Covid, I noticed the same cars and same phenomenon happening all along McLean Ave and I know they are malevolent and nefarious, especially how they drive so aggressively

jack Margie is a criminal, and that is why the pizzeria shut down, and how his deli is still in business is a real letdown by Yonkers police. I will file another report now that I found out from about local business that he is bad news and stay away. In other words, “don’t ask,” and so I contacted the police to tell them about the traffic, but nothing has happened yet.

I hope Yonkers police catch these guys, as they are causing a lot of trouble in the Park Hill area recently, which I noticed transpiring around the tennis club (Van Cortlandt pk Ave and Lakeside dr) and bringing a dangerous criminal element to a very safe area. My friend who lives up on Park Hill told me he sees them frequently, but they drive by so fast you can barely make out the flapping NJ temp plates.

I will continue to report this to the police until something or someone is found guilty of criminal activity in my otherwise fairly safe area, especially since Covid.

I’ve only lived in south yonkers for a few years, but now this is troubling me, and I hope the third precinct will look into this matter further – please police McLean Ave to the top of Van Cortlandt Ave to make this place safe again, police.

Write a review or complaint on Jack Margiye Cancel reply 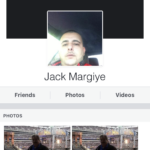 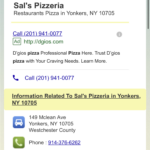 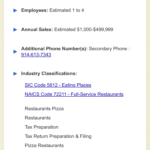 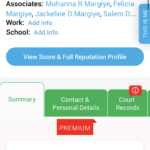 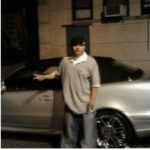