I went to the Inspire Federal Credit Union to open a account i was told that i could not bc i owed Ally bank i said no i dont.

The woman i believe her name was Karen but i could be wrong.

She told me that i needed to contact them and as long as they sent them a letter that it was not me that i could open a bank accounnt.

So i called Ally Bank why i was still there and was advised that i did not have an account with them.

She was very ignorant to me she printed out this paper from some other place she was so rude she just handed me the paperwork and brushed me off and started helping someone else and told me i had to have them remove it know from the system.

From the moment i walked in there i was not greated i was treated very unkind and given mis information.

First im told to call the bank and have them semd a letter saying i dont have an account with Ally.

When i do that she tells me no u have to go through check mate i think that’s what it was called and just printed me 2 pieces of paper never noted the system and brused me off.

I felt very disrespected and was not welcomed into the bank when i walked in i wouldnt want my money in that credit union now after the way i was treated. 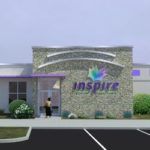